Over the Bounding Main

We are sitting in the mooring field, rocking and rolling in gale force winds. A few minutes ago our diesel heater, which kept us warm and toasty at 74 degrees last evening, blew out in a back draft and filled the cabin with smoke. For a moment I wasn't sure whether or not we would have to abandon ship, but within minutes all of the fuel sources were shut off, and the cabin was clearing with the help of a few open ports and fans going.  We are safe, but the cabin temperature has dropped from 68 to 64 degrees. We will have to live with the warmth that our trawler lantern gives off, since we won't be able to use the diesel heater in these winds. I'm not sure that we'll be able to trust it at all anymore. But we ARE safe, and managing to stay reasonably warm with long underwear, blankets and hot water bottles. But who'd have thought that we would be getting this kind of weather in Florida?


We cheered when the weather forecast gave us a window to make the passage from Beaufort to Florida an March 1 and 2. We were ready to leave Beaufort for new scenery and very excited about making our first ocean passage on Bel Canto. We figured the passage from Beaufort to Fernandina Beach would take us somewhere between 22 and 26 hours, and no strong winds or threatening weather  patterns were predicted for the next two days.

Saturday, March 1, dawned clear and relatively warm. We were up early, disconnecting power cords and making sure everything was stowed securely for our trip. We needed to leave the dock before nine o'clock to take advantage of the rising tide and incoming current for an easy departure. Joe Bonturi, our neighbor on Nirvana Blues, was there to give us a hand off. We pushed the bow away from the dock and glided off into the perfect morning. There was just enough breeze on the river to have us looking forward to raising the sails as soon as we cleared the McTeer Bridge, just a couple of miles downriver.

What we hadn't counted on was the tide, always higher after a new moon, being two feet above normal. As we approached the bridge we could see that the water was high on the bridge stanchions.  Angie got the binoculars and looked for the gauge that would tell us the bridge clearance. There wasn't one. We slowed the boat to a crawl while I checked all of our references for information on the bridge clearance. They all gave the clearance at 65 feet without any mention of problems. Angie gave me a questioning look, and I said, “We'll go through.” I started to crawl forward at idle speed, all the time looking at the stanchions with their bases awash. (It doesn't do any good to look up--the mast always looks like it is going to hit!) At the last moment I was seized with doubt and wheeled the boat around. 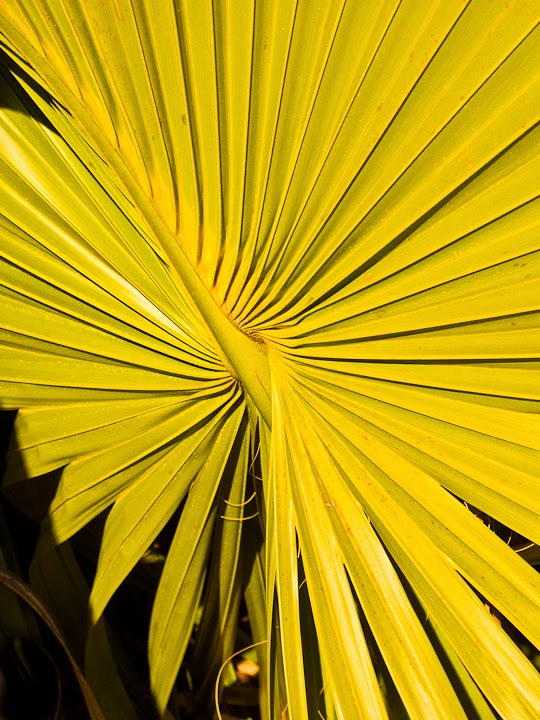 The Port Royal Landing marina is located just before the bridge. I radioed to see if I could get any more information on the bridge clearance. "We've been watching you," they radioed back. "We're looking at the bridge fenderboards with binoculars and right now the clearance is 63 feet." They told us how to gauge the clearance by the number of boards on the channel fenders showing. There was nothing for us to do but thank our lucky stars or the sea gods that I hadn't been foolish and go back to wait for the tide to go out. Back in Beaufort we tied up at the fuel dock and took advantage of the delay to breakfast heartily on a Spanish omelet and bacon. Good thing. This was the last real meal we were to have until we arrived in Fernandina Beach.

Shortly after noon we headed out again, and soon we had cleared the bridge with feet to spare. The sky was clear, the breeze fair, and we put out sail with joy in our hearts as we pushed out into Port Royal Sound, scurrying along on the outgoing tide. Several dolphins surfaced near the boat as if to confirm our good luck. As we headed down the sound toward the ocean, though, the wind began to weaken. Going out the long channel that leads out of the sound past the shoals on each side, we were again under power. It was nearing four o'clock when we had cleared all of the breakers that lay just outside the channel and turned on the course we would be following for the next 80 miles. For the next few hours we "motorsailed" (sails up but motor running and giving us most of our momentum), the sails helping to steady us against the three to five foot waves hitting us abeam. The wind gradually died out, though, and the boat's motion became more and more uncomfortable. Sailboats are designed to sail (obviously), and the combination of sail and keel give them more stability in a seaway than a comparable power vessel would have. But when just under power, the height and weight of the mast and rigging accentuate the rolling, and this was the case on Bel Canto for most of the night. Since we both felt more comfortable above deck than below, and since we were only going to be out for one night, we decided to forgo watches and keep each other company in the cockpit. Ten CD's by our favorite singers playing over the cockpit speakers would help to keep us in the awake mode.

Fortunately the night was clear, though fairly cold. As we looked at the star filled sky, undimmed by any loom from light sources on shore, we recalled our one perfect night of ocean sailing many years before. Our friends John and Zelda had joined us for the passage on Escapade from Marion, Massachusetts, to Cutler, Maine. The wind was about 12 knots astern and for 13 hours we sailed under spinnaker, gazing at the August meteor showers among the stars overhead and at the two V's of diamond studded phosphorescence trailing off our stern. It was memories like this that had drawn us back to the ocean. As this night wore on, dew began to collect on the decks and the cold began to creep into our bones. Soon we were wrapped in blankets and clutching hot water bottles to keep warm, bracing ourselves against the motion of the boat and waiting for the long night to end.

By sun up the seas had quieted a great deal and we were feeling much more upbeat. But as we approached our goal, the weather had one more little surprise for us. A thick fog blanket descended along the shore, reducing visibility to a few hundred feet. NOAA weather radio predicted that it would burn off by nine o'clock, so for a while we motored back and forth, being careful to keep out of the shipping lanes. By nine, though, there was no sign of the fog abating. We had encountered similar conditions when we arrived at Cutler many years ago. Then, Angie had guided us in, standing on the foredeck and directing me by listening to the bell buoy that marked the middle of the channel. As we entered the harbor the fog cleared and we were a bit shaken to see the exposed rocks and boats that we had picked our way through. Now, though, we had GPS and a modern chart plotter to help us. We determined that we could make our way in just outside the channel on the south side and keep clear of both shoals and shipping lanes. 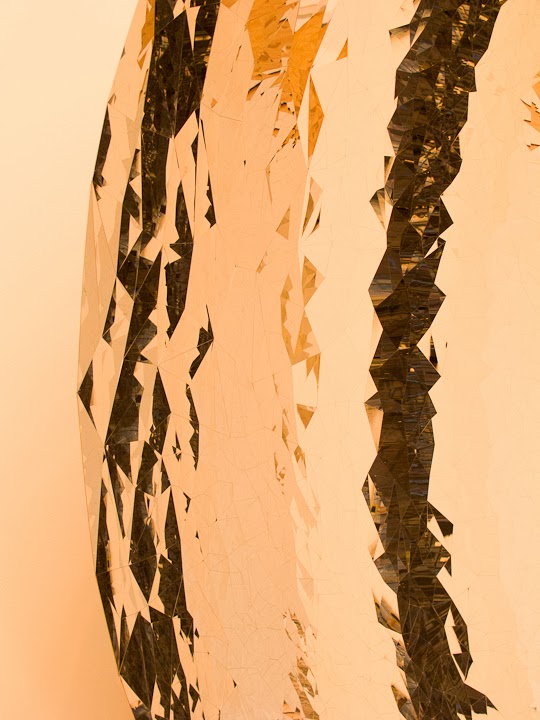 A short time later we were back on the ICW, safely (and quietly) moored at Fernandina Beach. We were dead tired, but feeling good about our achievement. Not that we had conquered a bit of the ocean. You don't conquer the ocean. Not that we had survived the trip, because we were never in survival mode. But we had raised the bar a little bit higher and accomplished our goal. And that was a great feeling.