The Way We Were

This morning we are anchored behind Fort Monroe, at the junction of the Chesapeake and Hampton Roads, about 12 miles from Norfolk. Bel Canto lies between bright red shrimp boats at one end of the harbor and a large dredge in the middle. We have plenty of room to respond if DragQueen should signal us in the middle of the night that our anchor has busted loose (we are being buffeted by 15 to 25 mile an hour winds), but Jim assures me that Manny, our new Manson Supreme anchor, is well dug in. Twenty-eight years ago we were anchored almost in the same spot. We had just settled in to eat dinner when we felt Escapade bump into something. Our plow anchor had plowed a furrow across the anchorage, and we had bumped up against Deja Vu, a Nicholson 33, fortunately (for us) well anchored downwind of us. Fortunately too there was no damage to either boat, and surprisingly we formed a lasting friendship with Deja Vu's owners, Don and Muriel, who became our on again off again companions down the waterway and in the Bahamas. As a result of this and other episodes (like riding out tropical storm Kate in Charleston harbor) I bought myself a 33 pound Bruce anchor and a rigging knife for a wedding present. I still have both of those, along with the husband that I acquired in Florida.


It was cold in the cabin this morning, in the low fifties outside. The first thing Jim did when he got up was light the trawler lantern. In less than a half hour that had brought the temperature up a few degrees, and we could probably get by with that, but we go through oil and wicks quickly and they are hard to replace. So he set about lighting our diesel cabin heater. First he has to go out on deck to install the chimney and open the air intake vent. Next he preheats the heater by pouring in an ounce or so of alcohol and lighting it with a tiny rolled up piece of toilet paper soaked in alcohol. After that burns down, he turns on the new fuel pump and opens the valve to let in the diesel fuel. A lot of work, but soon it's a toasty 75 degrees in our cabin. I think back to a cold Labor Day weekend in Maine aboard Escapade. The best we could do then was heat a brick with our two burner kerosene stove and hope that some of the heat radiating in the cabin would take the chill off. I'll never forget the trip back to our boat from a visit to Portland on the complimentary water taxi with our friend Martha. I commented that I couldn't wait to get back to the boat to heat up the brick. The launch driver, in his Downeast drawl, gave a sly grin and asked, "All three of ya on the same brick?"

My project for the day is to bake an apple pie, something I do at least once a year for Jim because it's his favorite. On Escapade we learned to bake bread in a pressure cooker and I made some stove top, deep dish blueberry pies. Now I have a state of the art (well, it was state of the art 25 years ago) four burner propane stove with an oven. The oven temperature isn't calibrated, but who cares? 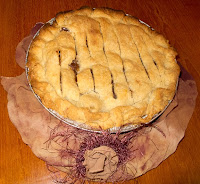 Yesterday, after running the engine on our trip down here from the Piankatank River (I love writing Piankatank), we had a good supply of hot water in the hot water tank. Not only hot, but pressurized. So one of the first things we did after getting settled in at the anchorage was to take a hot shower. Granted, this is a "navy shower--wet down, shut off the water, soap up, rinse off. But on Escapade the best we could do was share two and a half gallons of water from our sun shower, when there was enough sun to heat it up. Anyway, our total water supply was forty gallons, compared to 140 now, so on board showers would have been out of the question. As often as we could, we paid for showers ashore at the nearest marina. Or in the Bahamas, we just went swimming with a bottle of Lemon Joy.  My students used to be shocked when I told them that I went five months without a shower, but Lemon Joy does wonders.

Escapade had an ice box, and for a while we bought ice whenever we could to keep things cold. But eventually we just gave up with that and went without refrigeration. It worked out pretty well. Cabbage and carrots kept a long time in the bilge, and eggs did OK if they had never been refrigerated (better if they were unwashed eggs bought at a farmers market). We kept leftovers in the pressure cooker, and made sure we heated them real well before eating them. Warm beer, though, doesn't go so well. Bartenders in the Bahamas used to look at me strangely when I came in and asked for a COLD beer, since all of their beer was served cold. Bel Canto has a refrigerator AND a freezer. They are cooled by running the engine, and when not moving we don't like to run the engine long enough to keep things frozen. But it is nice to be able to come back from the grocery store with fifteen bags of groceries and know that the fresh stuff will keep for a while. And to have a cold beer!

Sailing seemed a lot simpler 28 years ago. For navigation, we had a compass, depth sounder, LORAN, and a radio direction finder. The last two worked only in some areas, and with them we could fix our position within a quarter mile or so. Not too great in the fog. We relied heavily on dead reckoning, which is carefully keeping track of the direction and distance traveled on paper charts, while correcting for drift, leeway and current. We had an autohelm that connected to our tiller that didn't work if the winds and waves were too great. Today we have GPS, a chart plotter at the helm, radar (which we haven't learned how to use yet), charts and weather info on the iPad, computer, and smart phone. Our auto pilot could navigate our whole course from start to destination if we wanted to set it up that way. It's complicated to learn how to use all of this sophisticated equipment, but we're slowly getting there. Of course, paper charts are still a must. 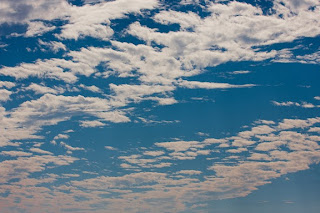 A lot of this technology requires access to the internet. Getting that to work has been hard, but we finally got it figured out, with a MiFi hotspot from Verizon, which is good as long as we are in the States. And speaking of the internet, 28 years ago our only link to the world at large was Jim's weekly talks with his brother Chuck via ham radio. We were blissfully ignorant of the news coming from the United States. Today we read the New York Times on the computer and the iPad, download books to read on our Kindles, correspond with friends and family by emails, cell phone, and, of course, our blog.

So I lie here in my warm bunk, feeling Bel Canto dance and sway in the wind, and I think, "Life is good."